Multi-media story of two old-style scientists on a Greenland data rescue mission. Keith (Nicholls) and I were joined by Chris Mooney and Whitney Shefte of the Washington Post who just posted 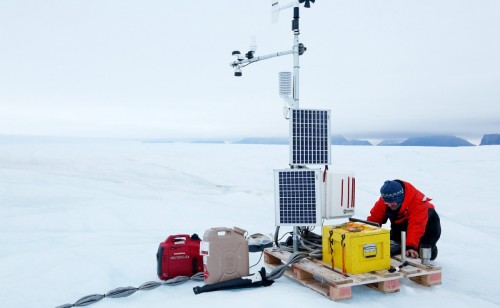 Testifying before the US Congress back in 2010, I refused to endorse the view that a first large calving at Petermann Gletscher in North Greenland was caused by global warming. Additional events and analyses of new data and old data, however, convinced me that climate change forces Petermann Gletscher into a new and unknown state.