Men and Women on Edge 2

Bruce Chatwin came up during a late-night party aboard FS Polarstern this morning after all work and packing was completed this last day of a 4 week expedition to Fram Strait, a deep connection of the Arctic to the North-Atlantic Oceans between Greenland and Spitsbergen. I admire Bruce Chatwin for his keen eye that saw unusual patterns among people and places and the gently way that he puts it all into fine prose. “Patagonia” was perhaps his most-read book of small stories set within a grand landscape sparsely populated, but “Songlines” is his master-piece where he traces the way ancient mariners of the Australian interior bush and desert found their way home.

Bruce Chatwin never made it to the Arctic with its endless horizons of ice, snow, fog, and water. If he had made it, he would have found and described a strange group of people who work and live here on borrowed time. His spiritual daughter, Sara Wheeler, did make it to the Antarctic where she lived for seven months as a writer-in-residence supported by the US National Science Foundation. She lovingly describes scientists, technicians, cooks, and pilots with deep insights and detail. I often felt as if I had met her characters in different incarnations on ships and in camps of the past and present. I recommend Sara Wheeler’s “Terra Incognita” to anyone who has or will spent real time aboard research ships or in science camps. You will find every one of those weird mates whom Sara describes for you on your ship and camp. It is a book full of laughter and forgetting. No, no, Milan Kundera does not fit here.

We are all sailors on the edge of the civilized world on FS Polarstern, myself included. We are a diverse and potentially volatile mix of skills, languages, countries as we come together for a short moment to work together. We are considered weird, strange, and at times even socially unacceptable as we all push limits of both science and culture. This can be dangerous, but excesses are buffered when women wield power besides men. Closed societies such as ships or people stranded in strange places are more stable with women than they are without them. The Donner Party of 1846/47 serves as an example, there are others. 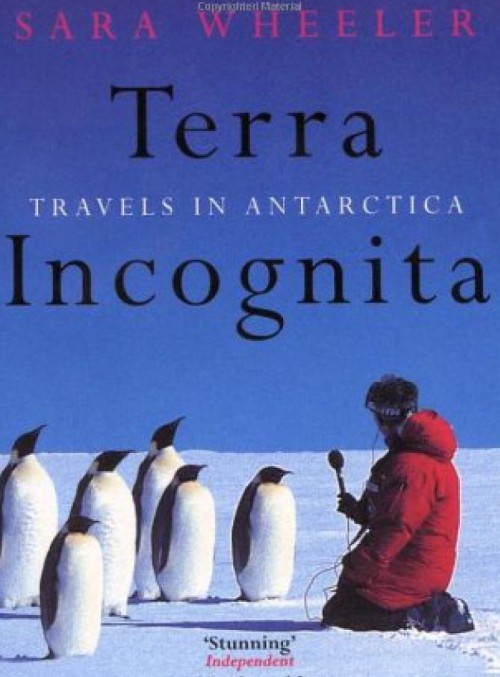 And Sara pokes gentle fun of closed male-dominated societies that often are also rigid, autocratic, and absurdly out of date. Reporting from FS Polarstern in 2014, I can say, that change for the better is on the way, but areas exist where improvements can be made. Change takes time, sometimes a generation. Germany is a country in transition the same way that most dynamic and democratic countries are. The large presence of foreigners on FS Polarstern moderates, modernizes, and modifies otherwise stagnant views and perspectives. German scientists study abroad and intermarry with “foreigners” in increasing numbers. This mixture of people of diverse countries, cultures, and continents bears much hope for the future. It was very exciting for me to see those changes 20-30 years after I emigrated from Germany to the United States of America.

Thank you, Germany, for giving me this opportunity to work, observe, and be part of a great expedition to Greenland.

EDIT: Original post was too long and rambling. On advice by wise female council, I decided to turn this into two separate posts. This is the second. July 5, 2014.

This entry was posted in Uncategorized. Bookmark the permalink.

2 responses to “Men and Women on Edge 2”