Crossing the Arctic Circle for the first time in winter, I was stunned last Sunday by the amount of light that still reaches Tromso, Norway located about half way between Frankfurt, Germany and the North Pole. My Arctic research enabled me to cross this line many times to reach study sites in Alaska, Siberia, Canada, and Greenland the last 20 years, but this was my first Arctic winter travel:

The occasion was an invitation by Norway’s Institute of Marine Research (Havforskningsinstitutte) to present on my Arctic research (10 MB .pdf). Equally and perhaps more important was to visit with a wonderful group of people from Norway, Sweden, and Germany. I learnt much new oceanography of the Norwegian, Barents, Kara, and Laptev Seas both preparing for the meeting and listening to what was said by others.

Yes, the sun does not rise above the horizon in Tromso from Nov.-26 through Jan.-15, but there is lots of twilight with an eery bluish tint. Furthermore, the snow reflects light well. Even more, the abundant (dry) snow reflects the winter twilight multiple times, mixes with the abundant street lights, bounces off small colorful houses to create a delicate symphony of light. It feels, as if the town and its people amplify each particle or quantum of light many times over. All the photos are made without a flash:

Tromso mixes the best aspects of many American and European places and people. San Luis Obispo, California comes to my mind as both Tromso and SanLO are small, tight, walkable towns that gracefully combine both “old” and “new” construction and ideas of living while also being the urban center of a large, remote, and mostly rural area. It also reminds of San Francisco with its steep hills, vibrancy, and artsy buildings, albeit on a smaller and thus more intimate spatial scale. Breckenridge, Colorado or Whitefish, Montana come to my mind, too, with the snow, mountains, skiing, and downtowns of small shops, bars, restaurants, and even old-fashioned movie theatres. Tromso also has a large and diverse working harbor (fishing, shipping, tourist) just as Hamburg, Germany or St. John’s, Newfoundland have. And yet, despite all these similarities, it all comes together in a most distinct and unique way, that compares to no other place that I have ever seen anywhere.

Tromso is also an Arctic boom town with lots of construction, change, and growth perhaps triggered by oil and gas developments and recovering fish stocks in the Barents Sea. But unlike the many boom (and bust) towns of wanton destruction on the American continent (both US and Canada), it seems to me, that the development does not destroy space and culture without careful thought. Renowned Scandinavian design and desire for social balance enter the economic calculus in unique and creative ways. Perhaps my view here is naïve, but to me it feels, as if Tromso’s development and growth appears to be steered and regulated with care by a sucessions of functional governments who think on decadal rather than quarterly time scales to extend and sustain profit for both current and future generations. I very much like this. 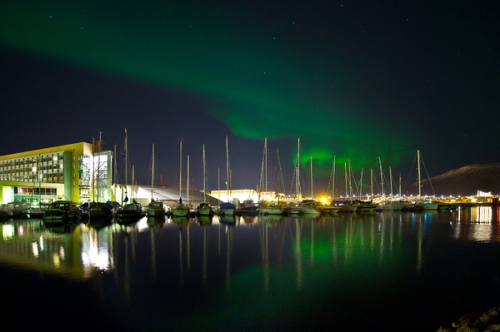 My first exploratory winter visit concluded at a gym behind the Fram Center where I played ping-pong for 2 hours with a bunch of kids at the Tromso Bordtennisklubb. It was good fun teaching them a few new tricks of the game and their mom made me laugh when, watching us, she incorrectly assumed that I was the adult in charge of running the club on a slow night. 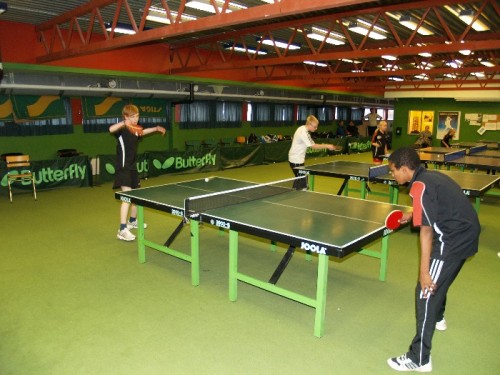 I will be back next year when R/V Polarstern will disembark its science party after working off North-East Greenland the end of June. My wife will hopefully pick me up to explore Norway by ship, car, and on foot with 24 hours of day light to find many hidden treasures.

This entry was posted in Norway and tagged Arctic Ocean, climate, travel, tromso. Bookmark the permalink.

3 responses to “Polar Night and Science in Tromso, Norway”