Working in the Arctic is hard. Despite climate warming, despite diminishing ice cover, despite public interest and global impact, it is still a hostile and challenging place. It is also very expensive to get to. It usually takes me 2-4 days to travel from Delaware to the ship at Thule, Greenland. An icebreaker costs anywhere between $45,000 and $95,000 per day to operate. Last year’s recovery of scientific instrumentation and a survey of the oceanography of Nares Strait and Petermann Fjord used 8 days or almost $500,000 in ship time alone. 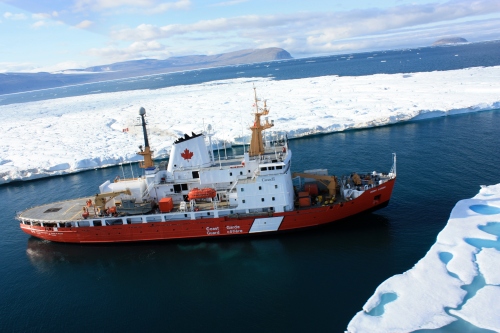 These large costs are best shared among different institutions and many countries, but they can be difficult to justify at times of shrinking economies and pressing needs to balance budgets. Personally, I feel strongly that these costs are justified if (a) the data, technology, or other information are shared and distributed as widely and speedily as possible and if (b) the science has been evaluated and vetted thoroughly and fairly by peers to ensure that the work has both intellectual merit and broader impacts. 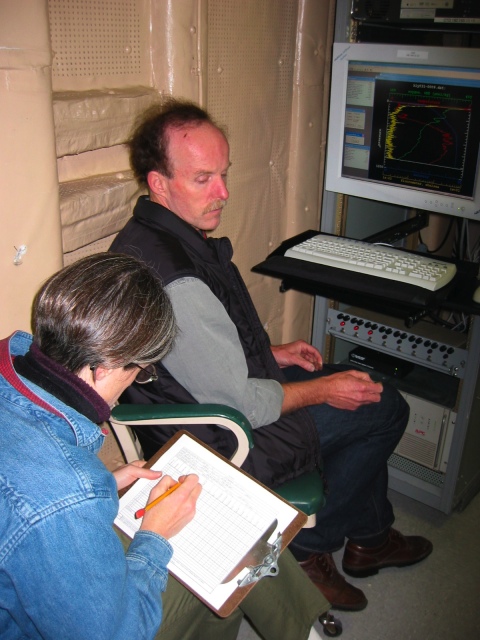 My collaborative work the last 10 years with Drs. Humfrey Melling and Kelly Falkner in Nares Strait has passed such peer review, as the U.S. National Science Foundation funded a series of joint grant proposals. Such work requires international collaborative agreements as it involves moneys, ships, and legal rights of multiple parties. In 2003 a 5-year joint project contained an 11 page short agreement. The section on data sharing and publications consisted of these two sentences:

Subject to the “Access to Information and Privacy Acts”, Project Data and any other Project-related information shall be freely available to all Parties to this Agreement and may be used, disseminated or published, by any Party, and any time. Any proposed publication that incorporates a significant amount of Project information shall be provided to the other Party prior to public dissemination.

In 2013 a 1-year joint project of smaller scope required a legal (draft) document 19 pages long. The section on data sharing and publication now consists of almost 2 pages containing language like

Any technology, data, or other information of any kind related to or arising from the Project (collectively “Information”) shall be deemed confidential and neither Party may release any such Information to others in any way whatsoever without the prior written authorization of the other Party … The obligation of the Parties herein shall survive the expiration to which this Appendix is affixed and of which it is part.

I believe this is disturbing political climate change. I feel that it threatens my Academic Freedom and potentially muzzles my ability to publish data and interpretation and talk timely on science issues of potential public interest without government interference. Canadian officials convey that this language is a new standard template to simplify and streamline all collaborations that involve Canada’s Department of Fisheries and Oceans. It reminds me of last year’s chilling editorial in the pre-eminent British science magazine Nature appealing to the Canadian government to let its scientist speak freely about their science. The new draft language is excessively restrictive and potentially projects Canadian government control onto me and those I work for and with. I will propose changes to this language and hope that some of these will be accepted to further mutually beneficial exchange of information and data to the public without restrictions.

There are many such collaborations as almost all Arctic research is international and collaborative as it is expensive and hard to work in the Arctic … on so many levels. The ever-changing political climate just adds another challenge that I may very well fail, because I cannot in good conscience sign away my freedom to speak, publish, educate, learn, and share both of what I know and what I do not know. Both science and debate prosper in an atmosphere of openness that engages a wider public, but science and debate are diminished in the darkness of secrecy when only the politically correct have access.

This entry was posted in Nares Strait 2012. Bookmark the permalink.