Ruins of Fort Conger in the High Arctic

Retreating from Fort Conger, the U.S. Army lost 68% of its men to death by starvation and drowning. They were delivered to the northern shores of Ellesmere Island within sight of northern Greenland by the SS Proteus on August 12, 1881 and were left with ample food and fuel to survive and explore comfortably for a years or so. 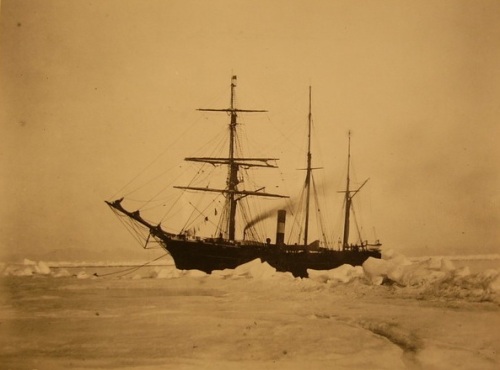 Seal Steamer (SS) Proteus that delivered men and supplies to establish Fort Conger; she was sunk by ice trying to deliver supplies to Fort Conger in 1883.

They built a large house from pre-fabricated sections within days and quickly settled into a routine of scientific observations and explorations by man-hauling sleds. A ship with new supplies was scheduled for the next year, but it sank trying to penetrate the ice. A second ship sent in 1883 also failed to reach them, again on account of heavy ice conditions. When a third ship reached them in 1884 all but 8 of 25 men were dead. About 120 years later we had similar trouble to reach Fort Conger to recover a tide gauge, but after trying five times, we finally got there to tell a happier tale.

Detailed map of Fort Conger and its environ from an original 1875 drawing. The “x” marks the location on the ~30 m deep ocean bottom where we deployed a tide gauge in August 2003.

In 2003, just offshore from Fort Conger we deployed a small tide gauge in Discovery Harbor to measure the rise and fall of sea level along these ice-infested shores. Our plan was to recover it in 2005, but then our field camp was blown away by hurricane strength winds (another story). In 2006 we failed to recover the instrument as our ice breaker could not get there. In 2007 we failed again even though a helicopter got us to the beach, we talked to the sensor package via a hydrophone, but we could not recover it because of ice. In 2009 we failed yet again, you perhaps get the drift here by now, even though a zodiac with grappling hooks was near the mooring. It was only in 2012, amazingly, that an expert group of hardy fishermen from St. Johns, Newfoundland hooked the elusive instrument and fished it out of the water [photo credit goes to Derek Stone of the Canadian Coast Guard]

The instrument was still recording data after all those years at the bottom of the ocean. For the entire period from 2003 through 2012 the computers inside the white tube dutifully sampled ocean temperature and pressure every three hours. The sensors cared little about the biology growing and living on it, ice did not touch them, and they had plenty of battery to work without complaint as they were never starved of food. These data are the only long-term observations of bottom pressure along with 3 other such moorings that we recovered more readily. They show strong tides under the ice as well as an intriguing 13-day oscillation all along Nares Strait that I presently cannot explain.

Discoveries are still to be made … such as explaining the data from Discovery Harbor outside Fort Conger which show both regular tides and not-so-regular changes in sea level under ice-covered Nares Strait in the high Arctic. 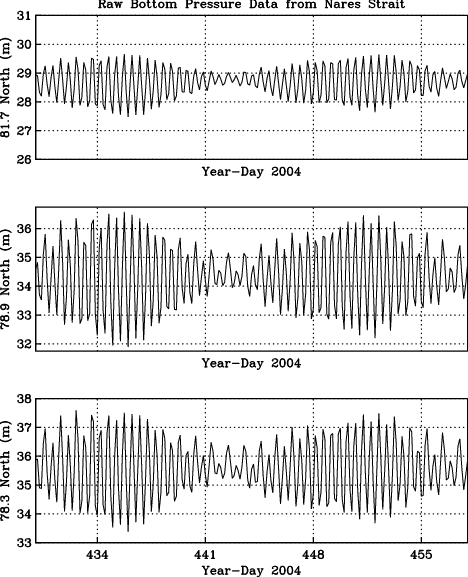 8 responses to “Ruins of Fort Conger in the High Arctic”